In The New Global Epicentre Of Covid-19, Tibetan Nurses In New York Are Doing Their Part In The “war-like” Frontline 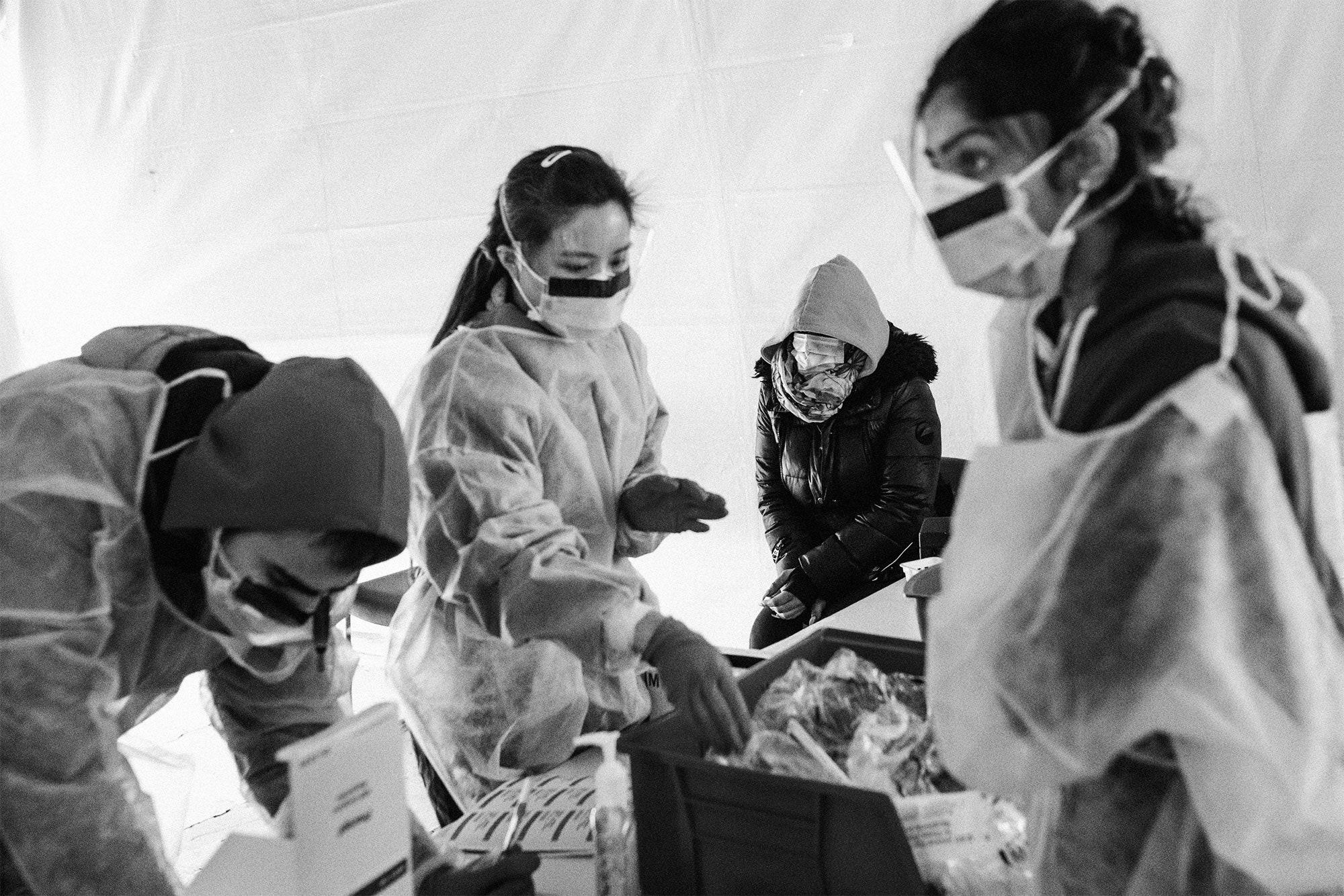 DHARAMSHALA, Apr 4: Tenzin Bhakto, a registered nurse at New York city’s Bellevue Hospital has been in self quarantine since the last week after he developed symptoms of COVID-19. When he revealed to his daughter over the phone that he may have the virus, she grew frantic and cried inconsolably saying that her father is “going to die”.

Bagdro could not get tested because only severe cases like shortness of breath leading to immediate life threatening complications are prioritised for testing and even that may take days. He is one of the 400-500 Tibetan nurses working in various hospitals across the city, mostly in Bellevue and Elmhurst hospital where majority of the cases are being handled.

The United States has emerged as the new epicentre of the global COVID-19 pandemic with more than a third of a million cases and its most cosmopolitan city becoming the hotspot of the outbreak. As of Saturday morning, there were 113,700 confirmed cases reported in New York with more than half of it in New York City.

Among the most vulnerable to the virus are the frontline Health Care Workers (HCW) who are tackling the spread of the outbreak on a handicap with shortages of basic Personal Protective Equipment (PPE) and an understaffed work force. To add on, there is the mental anguish of working in an environment that Pema Dorjee, the President of the Tibetan Nurses Association (TNA) described as “war-like”.

Dorjee who works at the emergency room at Long Island Jewish Medical Centre in NY as a RN told Phayul that like Bhakto, there are many Tibetan nurses who have either tested positive or developed symptoms but couldn’t be tested. “I don’t have the exact numbers but there are at least 15-20 nurses; some have tested positive for COVID-19 and some have self-quarantined after exposure to patients infected with the virus. It is possible that there could be more cases than that,” he said.

As the number of cases rise exponentially, authorities are urging nurses and other health workers to soldier on despite gaping holes in the infrastructure that may prove fatal to them. NY state Governor, a fighting figure in the otherwise unkempt rank of officials, Andrew Cuomo begged health care workers around the country last Monday, “Please come help us in New York now. To me, we’re beyond staggering already. We’ve reached staggering.”

The state and especially the city of NY is massively understaffed at the moment. The Department of Health (DoH) of NY state in a recent protocol for health care workers who are either confirmed or suspected of COVID-19 infection stated, that they can resume work just 7 days after self quarantine and 3 days of being fever-free. Those who are exposed to patients but are asymptomatic are required to self monitor twice a day for fever and other symptoms but continue working 12-hour shifts or more.

And then there is the shortage of basic Personal Protective Equipment (PPE). A Tibetan nurse working in one of the hospitals in NY, who does not wish to be named told Phayul that nurses are given only one N-95 mask for a whole shift while treating patients of different risk categories. She confessed, “Some of us are hoarding the used N-95 masks because as things are going, we may not get even one a day in the coming days.” Her fears are well founded in that the authorities are unable to address the acute shortage of masks and other basic equipments and ventilators that are lifeline to serious patients. Experts say that the rate of infection may peak in the coming weeks.

Nurses and individual health care workers are basically left to fend for themselves. The Tibetan Nurse Association recently started an initiative to collect funds. The TNA said it will use the funds to assist Tibetan medical workers with financial help, food and medicine, Personal Protective Equipment (PPE), especially to those who have quarantined themselves in hotels, people with no families and who are not self-sufficient enough to look after themselves once infected. “The worst possible scenario would be to help unfortunate COVID-19 deaths; we would also like to help the family members with any possible means of resources,” the announcement read. The platform has already raised $8,886 which has since been partly used to purchase their first batch of N-95 masks.

The mental aspect of the health care workers that are working around the clock in dangerous working environment is usually the last thing people talk about when the issue at hand is about people dying and the death rate rising on a daily basis. The fear attached to working in an environment with infected patients and the risk of getting infected are in many ways, life-and-death situation, especially when the person has to return home where he risks making his family sick as well.

“There are many nurses who are staying out of their homes in hotels without telling their families of their health condition. We are afraid that we might bring the virus home and put our families at great risk. There are people who have not seen their families for a week now,” Bhakto said. He also said that since he told her daughter about his condition, she has been emotional and upset for days.

The Tibetans community in NY is concentrated in and around Woodside, Elmhurst, and Jackson Heights, a zone where the virus is widespread. “These are the most infected areas where most Tibetans reside; many of these residences are located in very congested areas. If anybody has the virus, it is very easy to spread,” Pema Dorjee said.

The TNA has set up a hotline where people from the community can call to ask anything about the virus and essentially address their fears. “Stress level is off the roof; people have psychological issues as well. We recently started reaching out to people who are having these issues through our hotline. Each day, we are getting close to 20 calls from the community,” Pema revealed.

When asked about why some people have backing away from disclosing their infection, fellow RN Bagdro highlighted the stigma of the disease in the community, “There is a lot of stigma in our community. People hesitate to share information about their condition in order to evade misconceptions from the community. People do not want to be open about their condition for the fear  of being ostracised.”